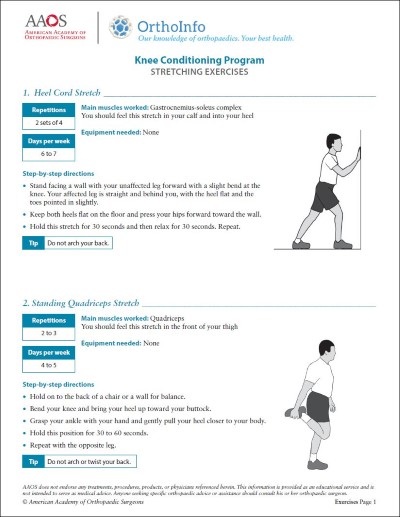 An injury to the posterior cruciate ligament requires a powerful force. A common cause of injury is a bent knee hitting a dashboard in a car accident or a football player falling on a knee that is bent.

Two bones meet to form your knee joint: your thighbone (femur) and shinbone (tibia). Your kneecap sits in front of the joint to provide some protection.

Bones are connected to other bones by ligaments. There are four primary ligaments in your knee. They act like strong ropes to hold the bones together and keep your knee stable. Normal knee anatomy. The posterior cruciate ligament, located in the back of the knee, is one of several ligaments that connect the femur (thighbone) to the tibia (shinbone).

Many times a posterior cruciate ligament injury occurs along with injuries to other structures in the knee such as cartilage, other ligaments, and bone.

Injured ligaments are considered "sprains" and are graded on a severity scale.

Grade 1 Sprains. The ligament is mildly damaged in a Grade 1 Sprain. It has been slightly stretched, but is still able to help keep the knee joint stable.

Grade 3 Sprains. This type of sprain is most commonly referred to as a complete tear of the ligament. The ligament has been split into two pieces, and the knee joint is unstable. A complete tear of the posterior cruciate ligament, back view.

An injury to the posterior cruciate ligament can happen many ways. It typically requires a powerful force.

The typical symptoms of a posterior cruciate ligament injury are:

During your first visit, your doctor will talk to you about your symptoms and medical history.

During the physical examination, your doctor will check all the structures of your injured knee, and compare them to your non-injured knee. Your injured knee may appear to sag backwards when bent. It might slide backwards too far, particularly when it is bent beyond a 90° angle. Other tests which may help your doctor confirm your diagnosis include X-rays and magnetic resonance imaging (MRI). It is possible, however, for these pictures to appear normal, especially if the injury occurred more than 3 months before the tests.

X-rays. Although they will not show any injury to your posterior cruciate ligament, X-rays can show whether the ligament tore off a piece of bone when it was injured. This is called an avulsion fracture.

If you have injured just your posterior cruciate ligament, your injury may heal quite well without surgery Your doctor may recommend simple, nonsurgical options.

RICE. When you are first injured, the RICE method - rest, ice, gentle compression and elevation — can help speed your recovery.

Immobilization. Your doctor may recommend a brace to prevent your knee from moving. To further protect your knee, you may be given crutches to keep you from putting weight on your leg.

Physical therapy. As the swelling goes down, a careful rehabilitation program is started. Specific exercises will restore function to your knee and strengthen the leg muscles that support it. Strengthening the muscles in the front of your thigh (quadriceps) has been shown to be a key factor in a successful recovery.

Your doctor may recommend surgery if you have combined injuries. For example, if you have dislocated your knee and torn multiple ligaments including the posterior cruciate ligament, surgery is almost always necessary.

Rebuilding the ligament. Because sewing the ligament ends back together does not usually heal, a torn posterior cruciate ligament must be rebuilt. Your doctor will replace your torn ligament with a tissue graft. This graft is taken from another part of your body, or from another human donor (cadaver). It can take several months for the graft to heal into your bone.

Procedure. Surgery to rebuild a posterior cruciate ligament is done with an arthroscope using small incisions. Arthroscopic surgery is less invasive. The benefits of less invasive techniques include less pain from surgery, less time spent in the hospital, and quicker recovery times.

Whether your treatment involves surgery or not, rehabilitation plays a vital role in getting you back to your daily activities. A physical therapy program will help you regain knee strength and motion. If you had surgery, physical therapy will begin 1 to 4 weeks after your procedure.

How long it takes you to recover from a posterior cruciate ligament injury will depend on the severity of your injury. Combined injuries often have a slow recovery, but most patients do well over time.

If your injury requires surgery, it may be several weeks before you return to a desk job - perhaps months if your job requires a lot of activity. Full recovery typically requires 6 to 12 months.

Although it is a slow process, your commitment to therapy is the most important factor in returning to all the activities you enjoy.